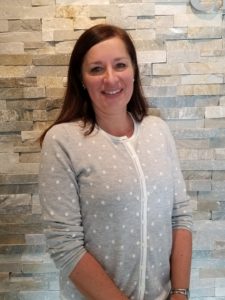 A native of the former Czechoslovakia, now Slovakia, Jarmila immigrated to the United States when she was 15 years old.  At 18, she became a U.S. Citizen, and went on to college where she obtained her bachelors degree from the University of Illinois at Chicago, and then her paralegal certification from Roosevelt University.  She spent her early career working for a law firm in the Chicago area specializing in estate planning.  In 1995 she married her husband and soon moved to the Kansas City area, where she and her husband started a family.  They returned to the Fox Valley area in 1999.  After focusing on raising her two children, Jarmila recently joined Hart Chiropractic.

In her free time, she enjoys traveling with her family both domestically and abroad.  She enjoys seeing musicals, cooking, and taking care of her dog.